WSP Systems focusses fully on industrial laundries’ internal logistics. The highly productive industrial laundromats WSP Systems has realized for customers are designed as a thought-out system for an impressive flow in the full-service laundry’s processes. Cor Aalbers (R&D Manager at WSB Systems) explains the core of WSP systems: “We let every existing or new machine perform maximally in an integrated process throughout the entire industrial laundromat, where we cover the process from advice up to production. Additionally our specialists also serve as sparring partners in the search for the most efficient design for new – and for expansion of – industrial laundry systems.”

By delivering complete systems for laundromats, consisting of various objects or products, WSP Systems had to think outside the boundaries of a product configurator, and searched for a party that thought along towards this goal.At Elfsquad, it is part of the intake to make implementation a success. And when we see the possibility to develop generic functionalities with much added value for all users, that makes us very excited. In the case of WSP Systems, this even perfectly fitted our own development plans. To keep a long story short: WSP Systems is our launching customer in the field of system- and product configurations. And this cooperation has led to a beautiful result for WSP Systems: a 75% reduction in price calculation time. 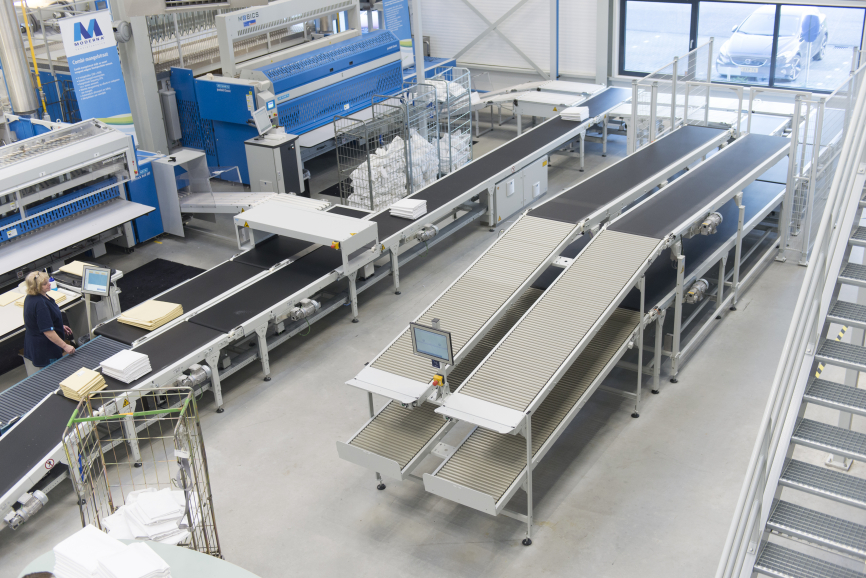 ‘During the first sales conversations we had the best feeling with Elfsquad. We did not have the idea that any other party, competitors both national and international, knew exactly what we needed.’

The search for a system configurator

WSP Systems is unique in their service of supplying complete systems for laundromats. Yet the delivery of a complete system also creates challenges. Where manufacturers of one configurable product already see millions of compositions, WSP creates multiple configurable products in one system. Wherein everything depends on each other: “Our systems are quite divergent. Even just a transport conveyor belt to move the laundry through the laundry system is produced accurate to the millimeter. Additionally, it requires curvature in different angles to fit in the washery optimally. On top of that many other extra options are available, such as should they have side bulkheads or not. Even the types of legs and color can all be customized.”
75%

To get a grip on the number of possibilities of one part in the system clearly requires the help of a product configurator. For outsiders the amount of options for one conveyor belt can already be mind-boggling. But WSP’s systems are even more complex, Aalbers tells us: “The conveyor belt has to fit to the next part perfectly, an elevator for instance. Otherwise you are not delivering a full system. Every possible component available in a system is interdependent. You’re talking about millions of possibilities. With that, try to get a price.”

Delivering a correct price indication is the biggest challenge WSP Systems faces. Resulting in confusion for both internal and external parties. Not only does it require a lot of contact between Sales Inside Service and Account Managers, it also involves the customer. This costs efficiency in the process. On top of that, working out the price indication is very time-consuming, this is apparent from the frequent use of Excel Sheets. 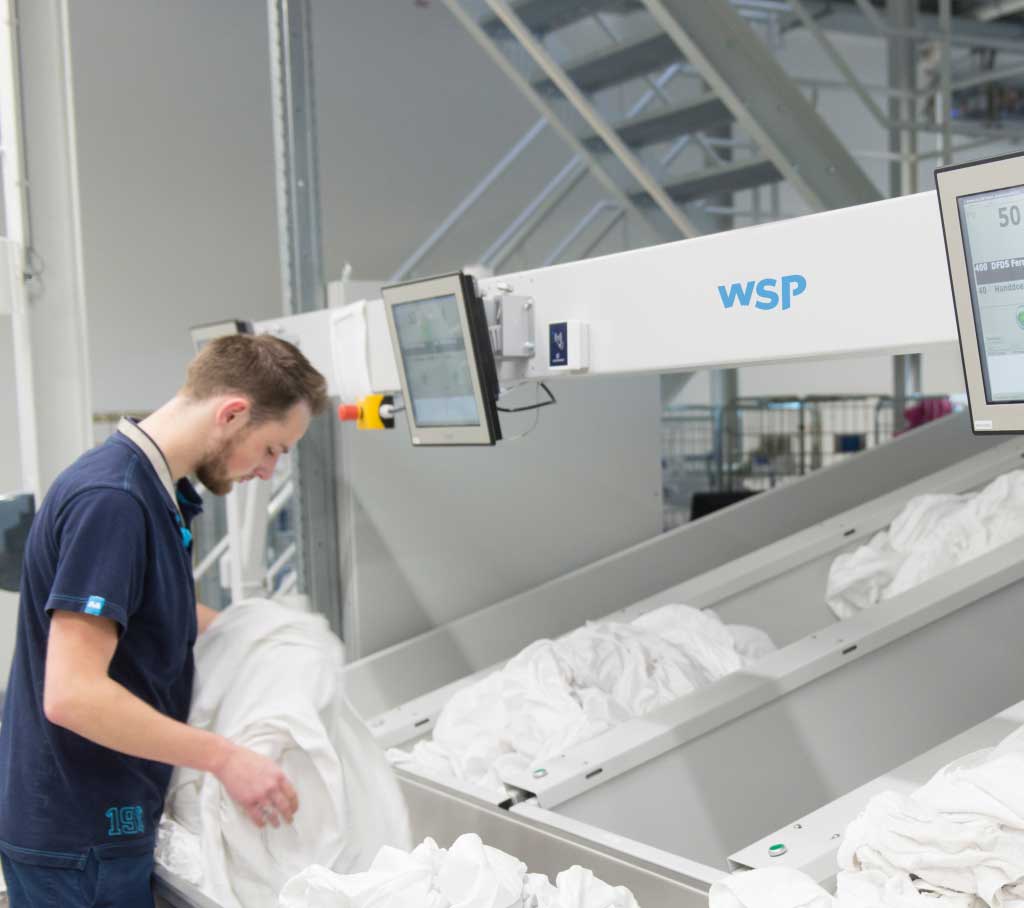 The jumble of knowledge rules in Excel

“Our account managers focus on finding projects. Then Sales Inside needs to quickly manage a price calculation for the entire project. Aalbers explains. When calculating this price, Excel Sheets were previously used. And WSP, like others, encountered Excel’s well-known limits: “Fewer and fewer employees eventually knew how the Excel Sheets and calculations exactly worked anymore.It wasn’t future-proof at all. It also isn’t scalable, as it’s almost impossible to explain to newer employees. All very prone to error.”

The knowledge present at WSP Systems, is a clear USP. Account managers have profound knowledge about the most efficient design of industrial laundromats. Securing this knowledge is a must for WSP Systems. And eliminating unnecessary loss of time during price calculations have been the two prominent reasons to search for a configurator.

During the Elfsquad demonstration we were asked what exactly we were doing right now, then this was quickly demonstrated in the configurator to show us the possibilities. This flexibility and openness appealed to us.

WSP Systems is our Launching Customer in the field of System Configurations!

At the request of WSP Systems we have developed the nested configurations & linked configurations functionalities, as a response to a clear lack of suppliers in the market: “During the first sales conversations we had the best feeling with Elfsquad. We did not have the idea that any other party, competitors both national and international, knew exactly what we needed. During the Elfsquad demonstration we were asked what exactly we were doing right now, then this was quickly demonstrated in the configurator to show us the possibilities. This flexibility and openness appealed to us.”

A WSP system consists of different objects, such as a conveyor belt, elevator, or something else. All structures of the configuration models largely correspond, so WSP always uses the same set-up per product/object/project. Focussing on simple building, while the model is tested throughout concerning engineering logic. At WSP Systems, this is captured in the Eflsquad Configurator, which creates an ideal situation for Inside Sales: they can work with an engineering-validated sales model.

Every object in a project can now be configured, copied, and adjusted in Elfsquad. Eventually one price rolls out for the entire system, including man hours and travel costs.

But what are system configurations? And how do they work? Aalbers explains based on how it applies to their systems:

By building a system configurator with Elfsquad Configurator the Excel Sheets have been put away and WSP Systems has reduced price calculation time by 75%: “In comparison we took an old project. We could now configure this entire project within 15 clicks. Previously we would take another similar project, and Inside Sales would work with Excel Sheets to get to the new price of the project. On one hand our product improvements were not properly taken into account, and on the other hand errors from the previous project were so. This is not what you want at all in a project of this size and complexity.”

Back to the basics, and going forward with Elfsquad

WSP Systems went back to the basics with designing Elfsquad. Aalbers: “We asked ourselves questions such as “What exactly do we supply?” and “How can we dissect our product back to standardized modules?”. By working in this manner we were able to redefine our product. So that in our sales- and engineering processes all possible confusion would be gone, because everyone (customers, account managers, and engineering) would be talking in the same language.”

Looking at the entire system this way, WSP systems gets a grip on all the different possibilities within the systems: “When we have acquired the project, our Sales Engineers go to work to fully capture the system in 3D. Within this, too, modules can be found. These all correspond with product lists in our ERP system.”

It becomes a win-win situation: customers are served perfectly by the account managers & Inside Sales, and engineering can get to work immediately, without any confusion throughout the trajectory.

Elfsquad removes all worries from your pre-production process. With Elfsquad as backbone, we realize the digital factory that smart industries have been trying to find for so long. We do this through a product configurator, with integrated solutions for marketing, sales, and operations. 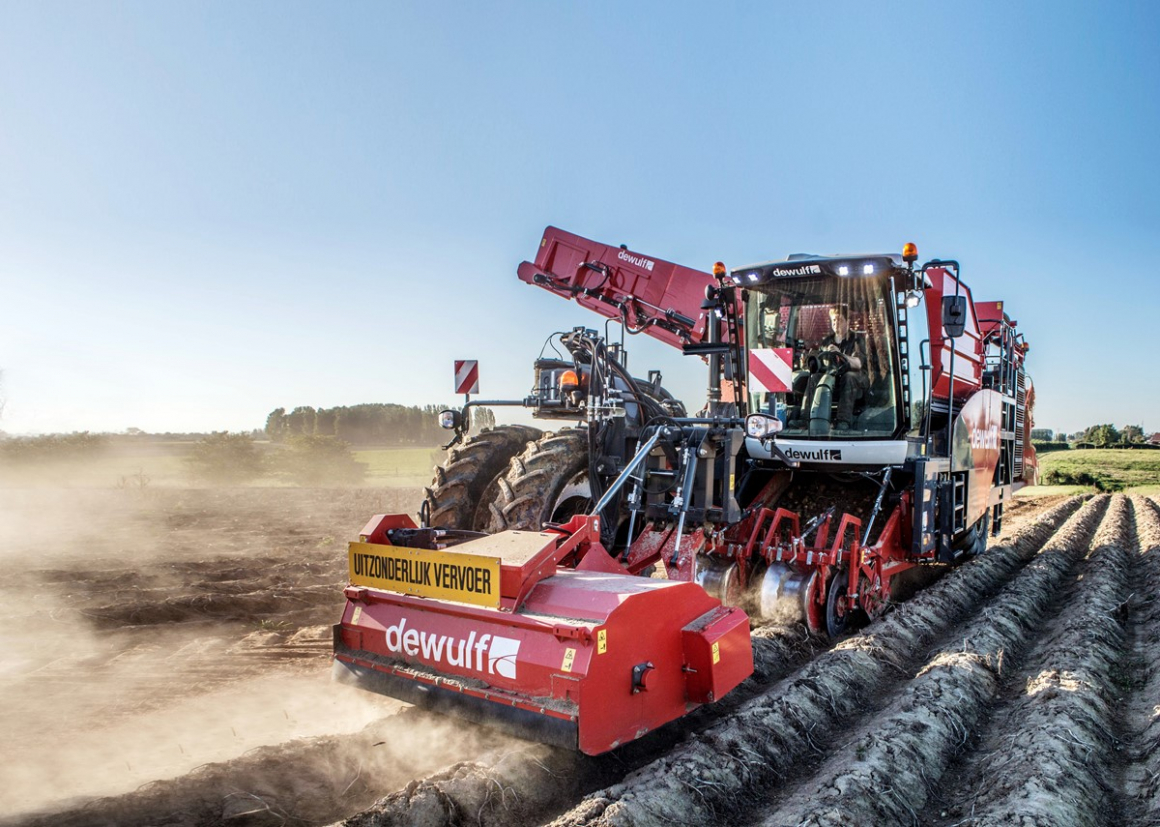 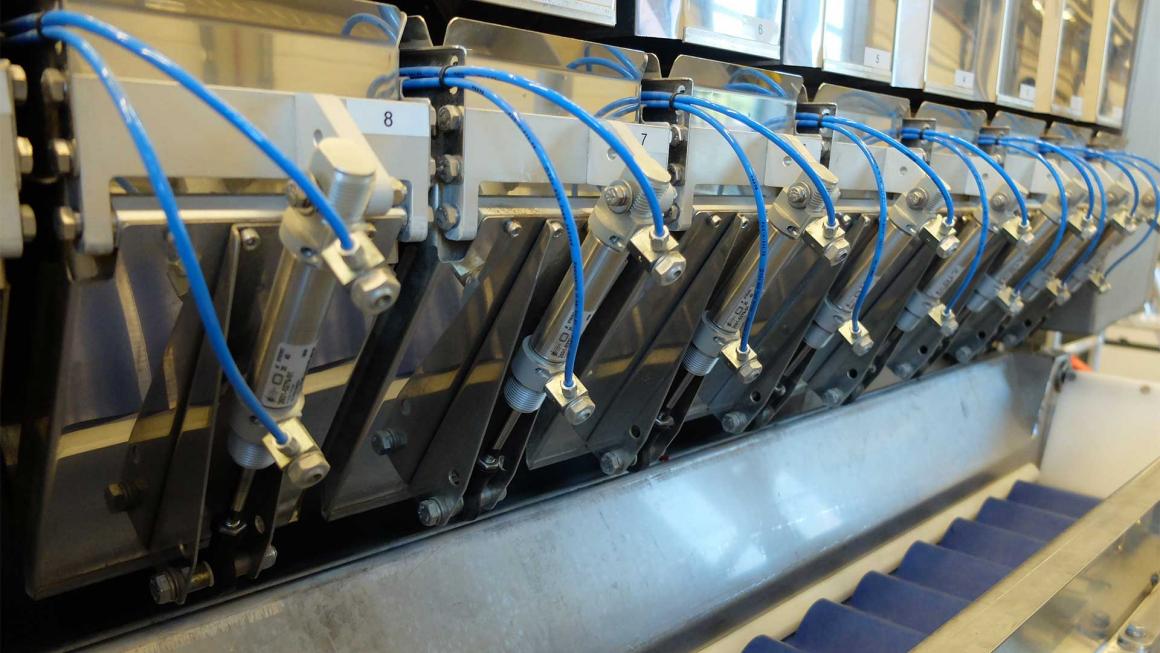 Manter moves from ETO to CTO, and has an easier time fulfilling their customers’ wishes